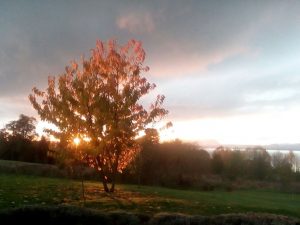 As a scientist I have always loved to experiment. There are many unknowns in life all begging to become an experiment. For how else will one ever know or feel comfortable with the possibilities if you have not tried different experiments to see what the results will be for yourself?

I was used to the concept of subtle energies unseen by the human eye having a profound effect on our physical reality. In fact the unseen electrons I was monitoring create our very existence, can digest our food by enzymatic processes at rates dramatically faster than a regular chemical reaction could.

Then there is the electromagnetic field we feel we cannot survive without these days. The frequencies that give us radio, television, cell phones and of course the internet and WiFi. These are demonstrations of the unseen electrons busily supporting our rapidly changing life style. With my scientific experiments and daily life surrounding me it was natural that I would be open to unseen energies having an effect on my life.

One day while sitting in my lab office, I started to question the agreement we have with solid matter. This was due in part to the observation I had of a cement wall outside my office window and also the concept of space between molecules and atoms that I was studying scientifically to determine their molecular structure and hence function.

The cement wall had what appeared to be an aura. In this case, it was like a halo of light surrounding the wall. I should mention that when I was young, I saw auras around people, and though I did not know what they were at that age or what they were called, I thought it was normal. Then one day I mentioned it and realized that other people did not see them; it was not in fact normal. After this, I did not see any more auras. They disappeared from my view of the world. I had started to notice auras on people again at the same time that I noticed the light emanating from the cement wall.

Scientifically, it made sense to me because the wall was made up of electrons and nuclei, subatomic particles, just as we are.

My work was irradiating these energy levels of subatomic particles that we are all composed of with radio frequencies. I was working with organic biological solids to determine their structure. In the simple society classification above, they would be described as inanimate, just like the cement wall. In my experiments, the protons in the proteins absorbed energy in a way I could measure with my equipment when I irradiated them with radio frequency waves.

I rationalized the halo on the cement wall based on my scientific experiments, correlating it with the radiation of the subatomic particles that composed the cement. In this case, under certain observed conditions, the halo was evident in the visible spectrum. For a while, I did not think about it, other than the rationalization that connected it with the science I understood and used to describing matter in my experiments.

It was quite a realization to see that even a cement wall could have light emanating from it – it gave me food for thought as to our relationship with inanimate objects.